Until the evening of the 27th December 2018, I had no idea that Dolly Parton’s back catalogue of songs included some fairly harrowing ones along the lines of consumptive children being run over by farm vehicles.  This was not what we had in mind at all when we opted for Dolly’s 3 CD compilation at Oxford Services.  A series of motorway nonsense had meant that I had already spent six hours on  a journey which should have taken that in total – but I knew that I was looking at another three at least and I was flagging.  What I wanted was feisty Dolly telling me to keep my chin in up in a plucky thigh slapping, finger waggling way but instead I got lamenting Dolly wailing on about the loss of innocent children in unfortunate agricultural accidents.  This was not what I wanted as I drove, white knuckles gripping the steering wheel for dear life  along the B roads of the wilds of North Wales, in the pitch black.  with swirling fog suffocating my little car.

‘Well, at least it’s not raining’, I said to my own innocent child in the front passenger seat.

At which point it started raining.

This was the start of My Big Welsh Walk. 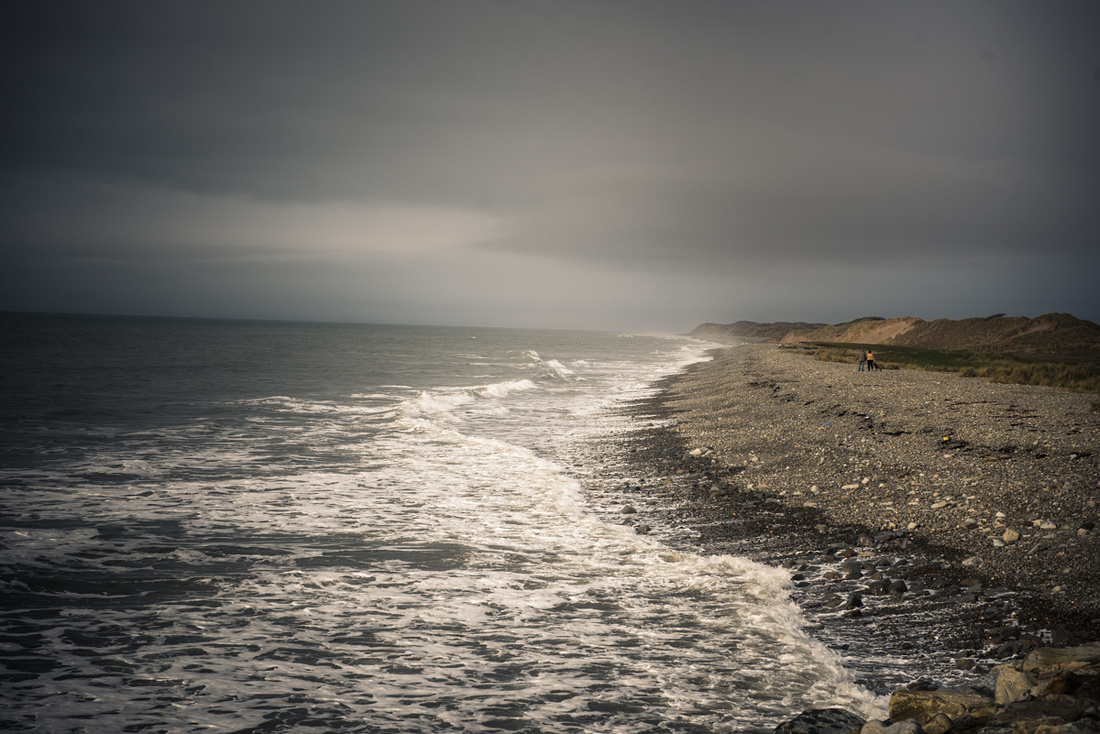 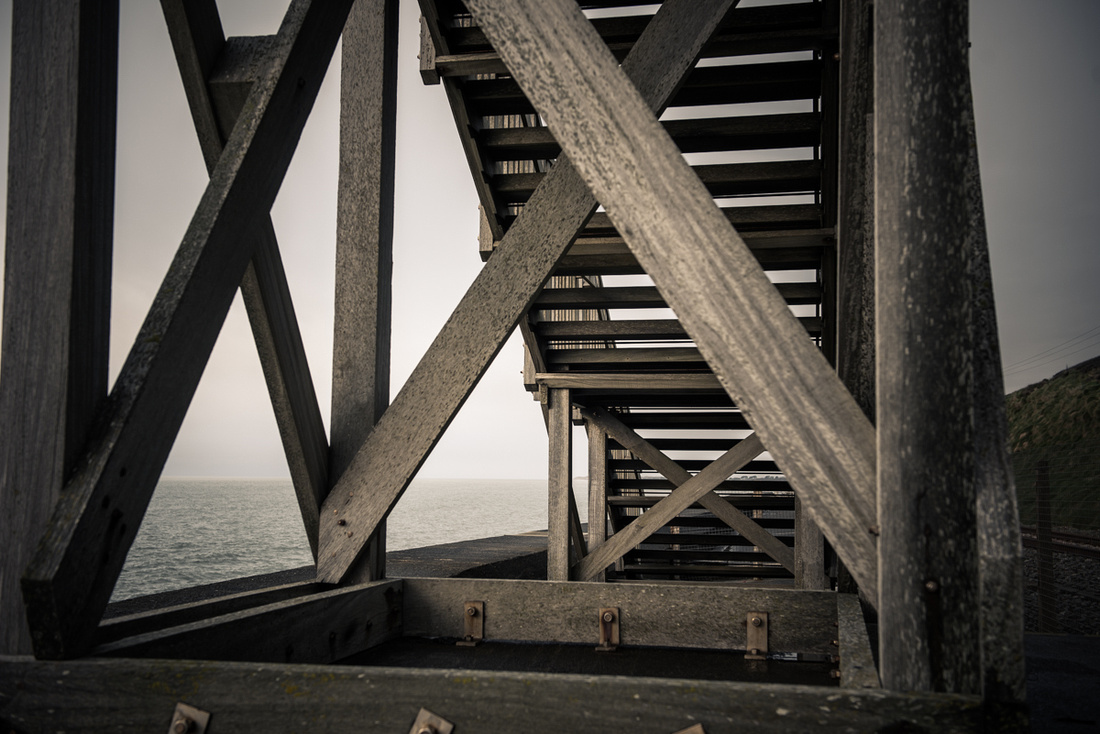 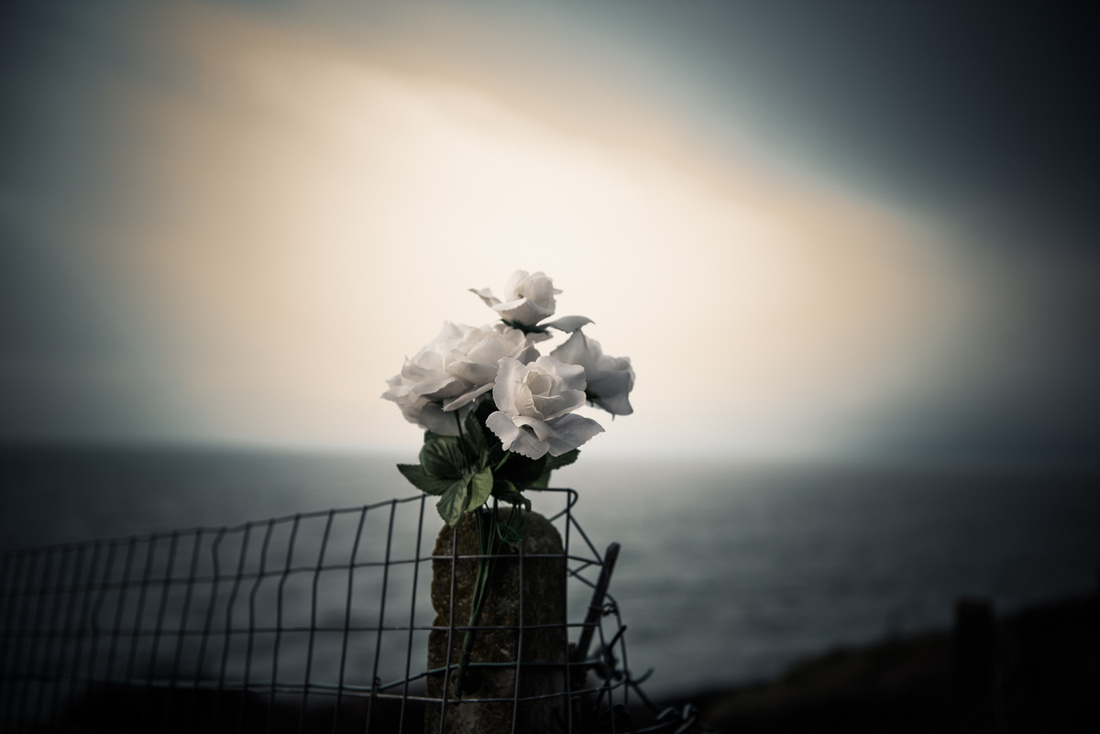 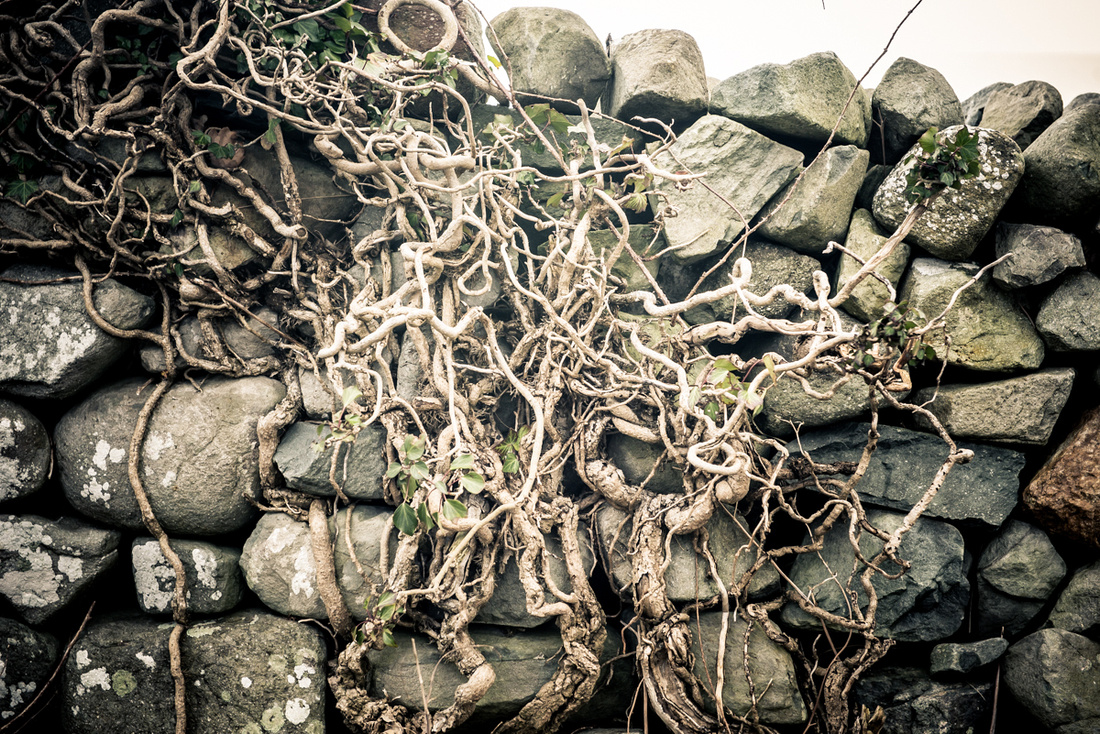 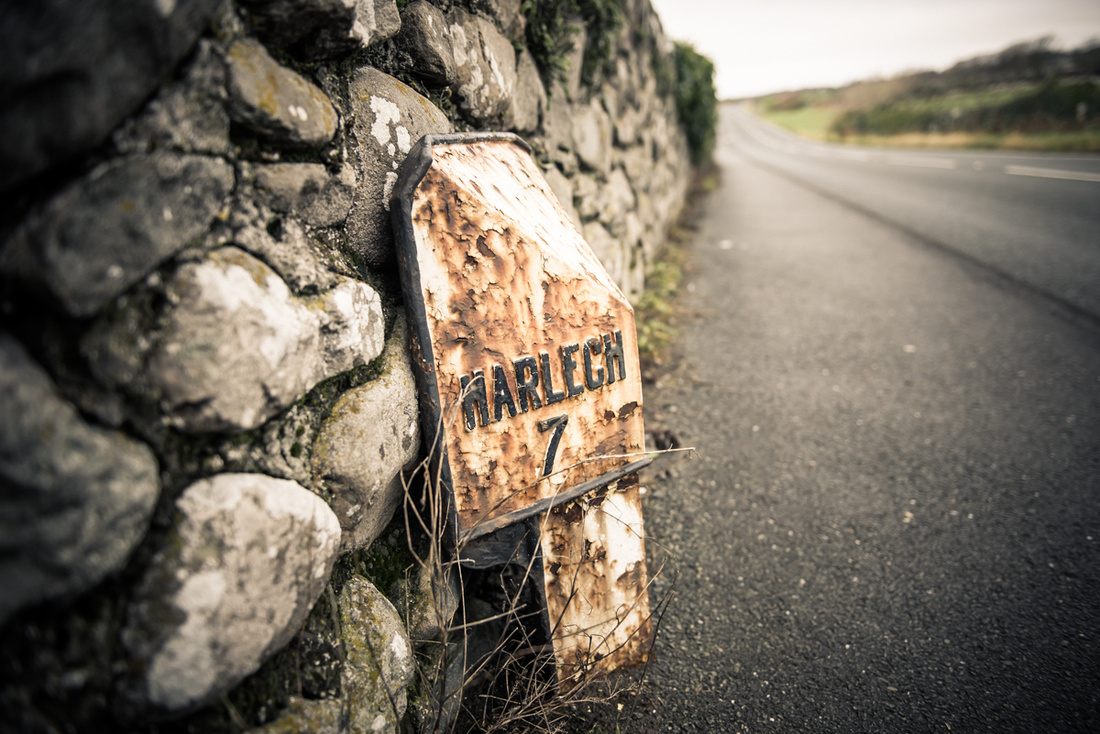 I had decided a couple of months prior to this excursion that I needed to walk the Wales Coast Path.  It had seemed like a good idea at the time, based on the fact that I like trail walking and I quite like seals and I had seen one once off the coast at Anglesey, and I appeared to be in the grips of a midlife crisis so not really in a position to think rationally about it.  The fact that this path is 887 miles long, that I would have to do it in sections, that I live nowhere near Wales and that I had only a vague idea of how to support myself during my walk, was neither here nor there.

2018 had been a strange year for me.  Professionally as a photographer I felt that I was creating some of my best work but was frustrated by the fact that I was still supplementing my income doing office work – I was very grateful for the money but sitting in a cramped office staring at spreadsheets was doing nothing for my soul.  I needed something very different to this.

On a personal level, all sorts of things were going on.  One of my older daughter’s friends had taken her own life and the loss of this bright, funny young woman affected me quite profoundly.  I started thinking about the human condition and how we connect, the modern pandemic of loneliness, that the addiction of the validation which comes with social media meant that we were never truly in the present, that somehow ‘liking’ a picture of a relative stranger’s new pair of shoes or fried breakfast concoction took precedent over a real life human being  sitting across the table.  People are actually quite fascinating creatures and everyone has a story and yet when was the last time I engaged in a meaningful conversation with anybody?

I realised that I wanted to do was to spend time just chatting to people, establish connections, ask questions about what is important to them, why they get up in the morning, the worst things that have happened to them, the best things, what their experiences have taught them, all the things that make a person who they are. And walking in the great outdoors is the perfect environment for such conversations.  You just fall into a companionable rhythm and walking side by side is far more comfortable that sitting opposite each other on some kind of awkward stare off.

I’ve always been drawn to big walks too, the concept of a procession and progression of stories, linked by the themes of arriving at more than just a physical conclusion by the end.  I didn’t want to rehash the idea of a middle aged woman going off and discovering herself in the wilderness – I would rather boil my own head than open that can of worms – but I do feel that my life would be richer for the experience.  And I might see a seal.

So I decided that what I wanted to do was invite people to join me as I walked and to document our interaction by writing a little bit about them and taking their portraits and the landscape in which we were walking.  I have become increasingly interested in portraiture and though this would be ideal.  Obviously a portrait of a seal would be more ideal.

So there it is, and there we were, my youngest daughter and I heading to North Wales for our first little section.  This was a trial run (well, walk) and I did want to spend time alone with her.  Time is a precious commodity and it would be ironic if I got to leam all sorts about strangers but was barely on grunting terms with the fruit of my womb.  And I am really lucky in that my children quite like me still so it’s best to make the most of that.

My youngest daughter is one of those people who you just know has been here before.  I am a cheerful agnostic in terms of spiritual belief but I felt that as a baby she was basically a  soul trapped in a body that she couldn’t control.  Her frustration drove me to the brink of sanity – my friends can attest to the fact that I spent her first two years wild eyed through sleep deprivation, with livid claw marks scraped down my cleavage.  But we both survived and once she was walking and talking, she has genuinely been an absolute joy (mainly).  Now fourteen, she is a veteran of two Duke of Edinburgh challenges and the only one of my three children to actively enjoy walking and camping.  She is also very good at map reading and as I remain not so very good at map reading, I will take that as pay back for the stretch marks. She said that she had offered to come with me because she likes walking, wanted to see her Welsh cousins, and didn’t want me to be all lonely. 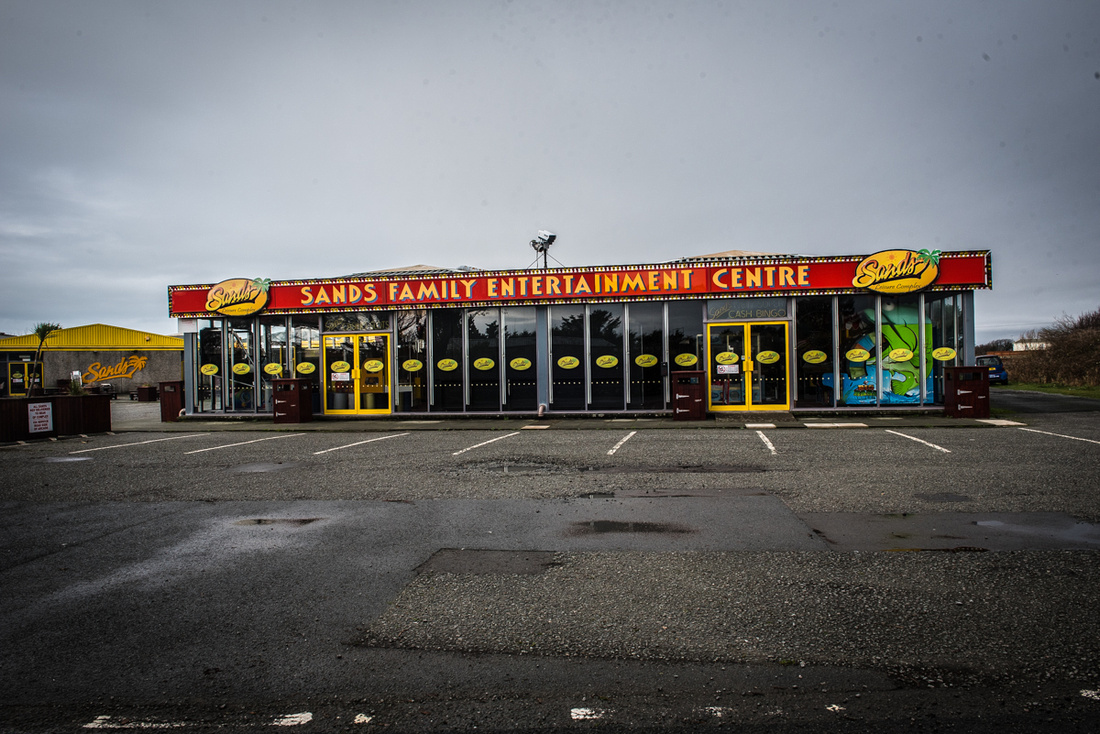 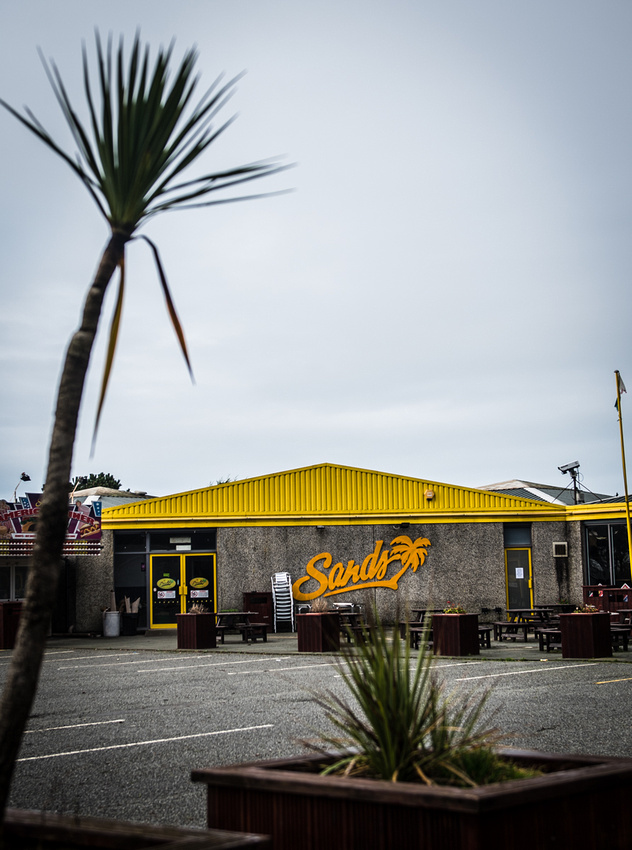 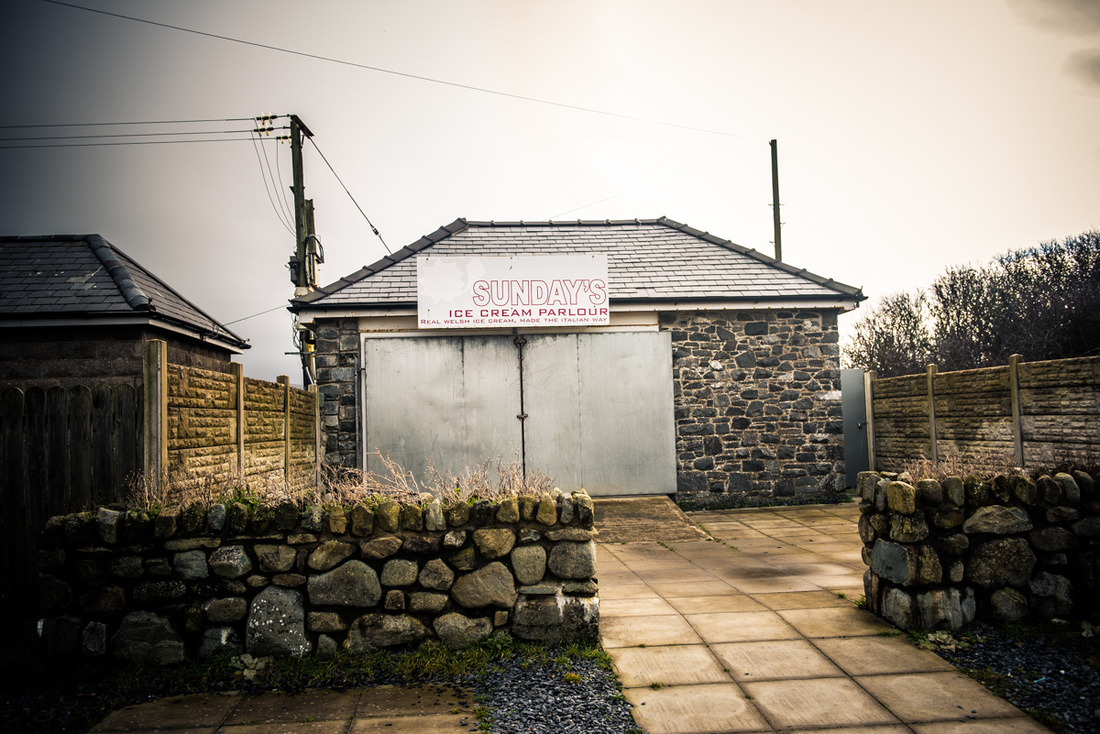 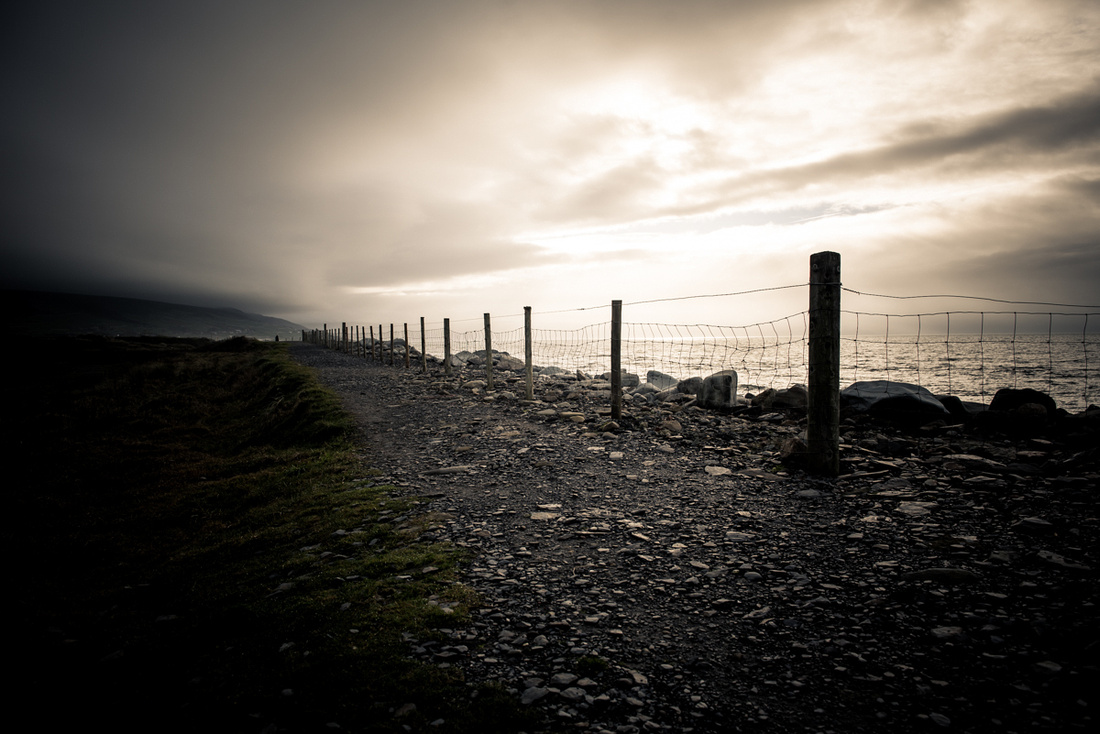 ‘Mum, I know it’s a coastal walk but it really is a bit ‘coasty’ ‘ .  So much for those A** grades, I thought.  But yes, dear reader(s), it is indeed a bit coasty.  The first section from Barmouth to Harlech did involve pebbles which can be hard work but it’s all quite grey and black and dramatic so made a nice change to my Brighton beige standard of pebble.  The great thing about out of season Barmouth is that you get to walk through the disused amusements – I really love abandoned kitsch so this was truly an added bonus.

I won’t give a blow by blow account of the actual walk but I took plenty of photos to give a flavour of some of the scenery.  The landscape changed from pebbles to bogs to sand dunes so it never felt like a slog and the trail is really well signposted so we didn’t find ourselves temporarily mislocated even once.  And the great thing about a coastal walk is that you can’t really get catastrophically lost ( famous last words I suspect). 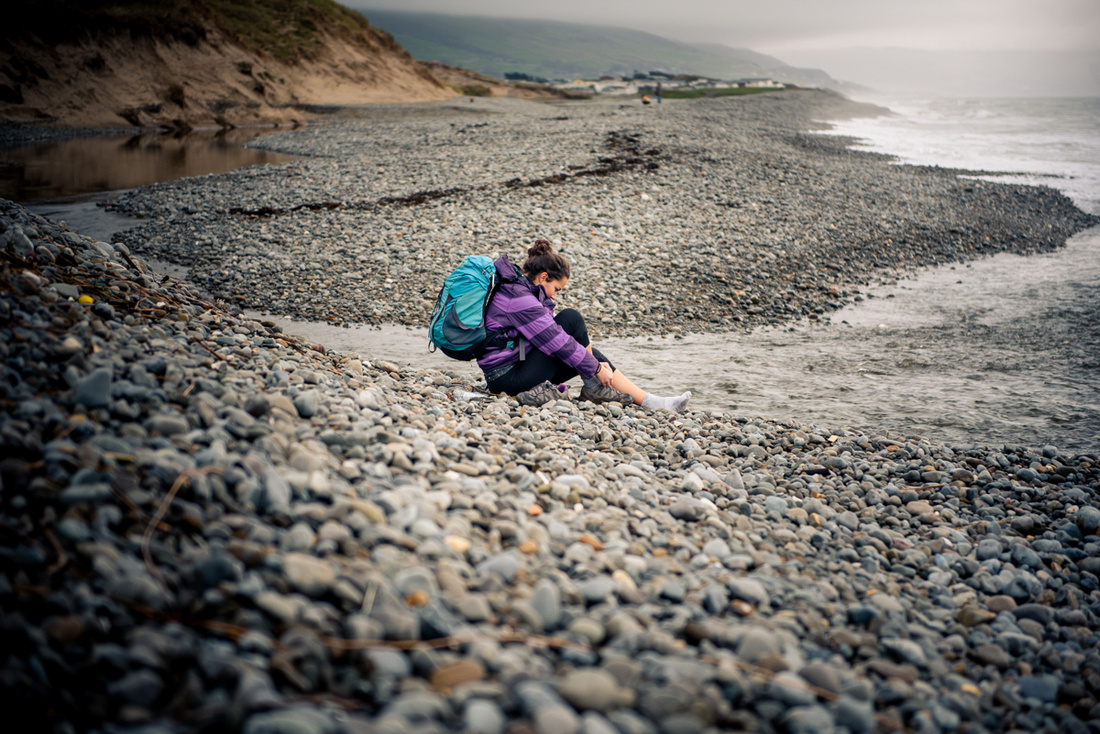 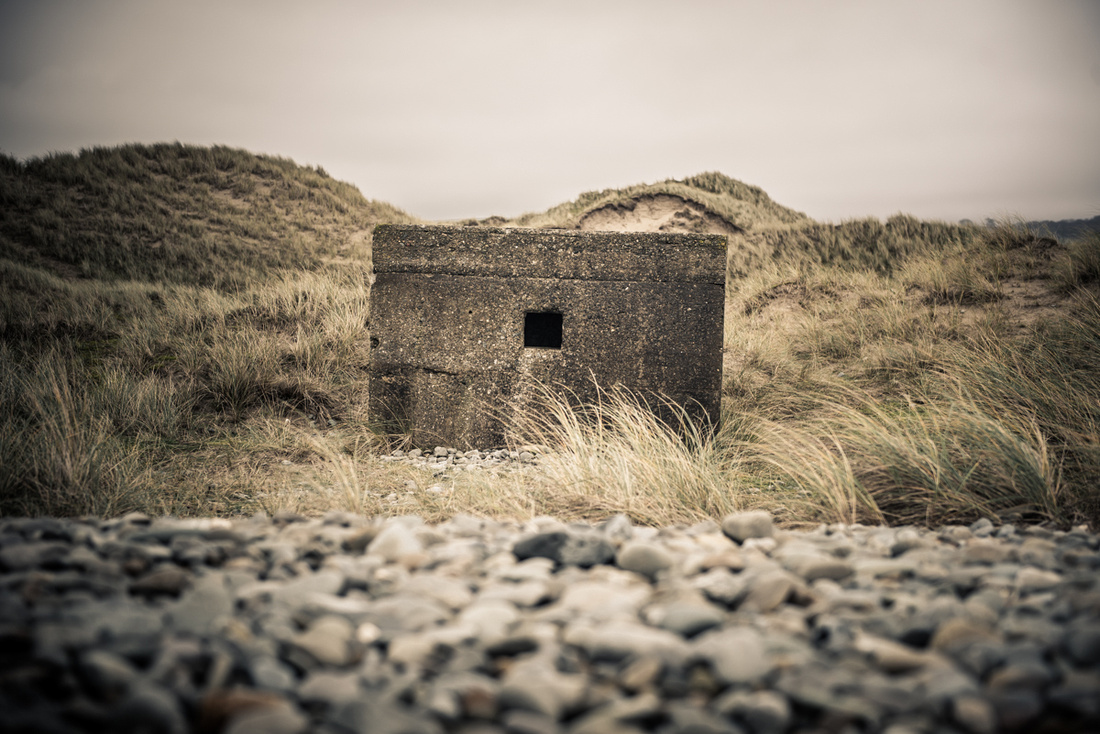 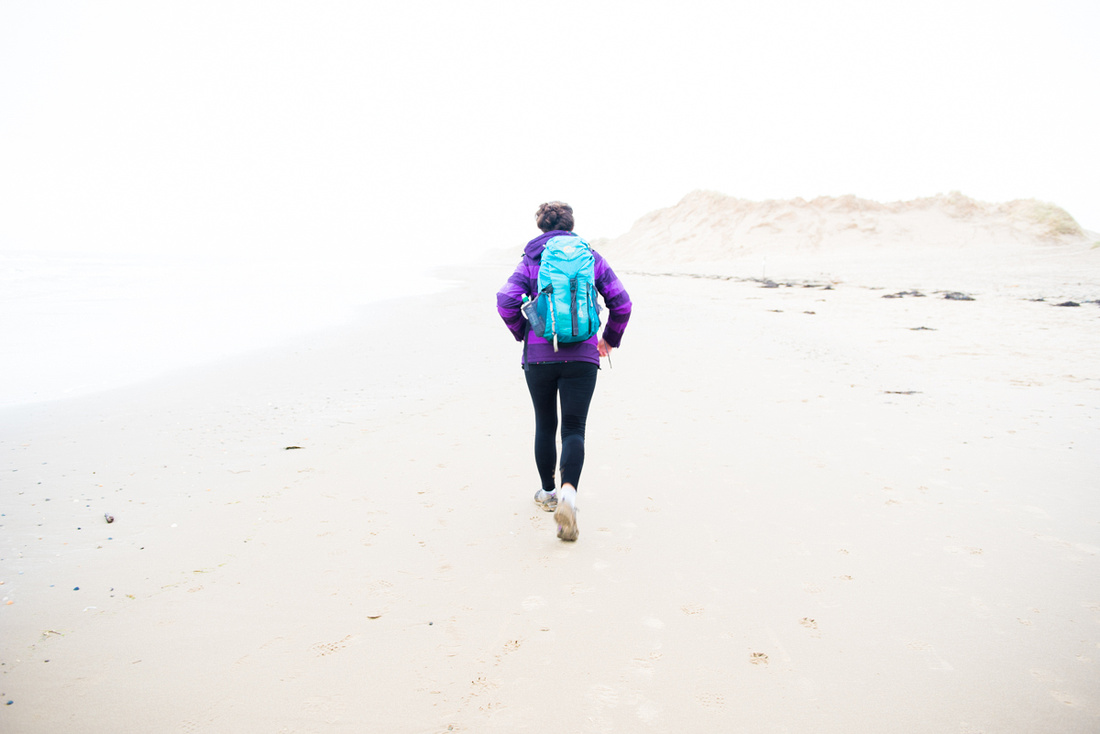 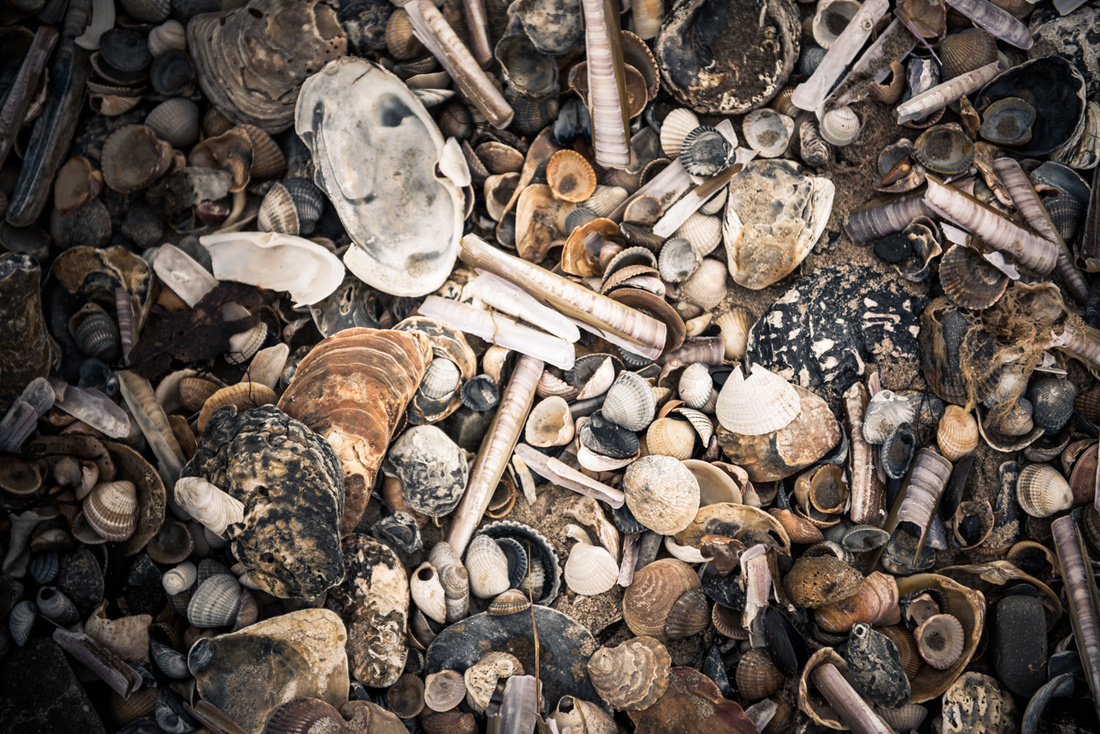 We got to see two castles on our travels – Harlech and Criccieth – and I love the way that we can be so nonchalant about our heritage that they co -exist, certainly in Harlech’s case, with sprawling caravan parks. Whatevs. People have got to make a living.  We dined at the very fine Castle Kebab and Pizza in Harlech so I’m quite pleased about the non ponciness of it all.  Monuments are preserved but life goes on.  One day there’ll be guided tours around the footprint of an ancient Haven caravan park. Maybe. 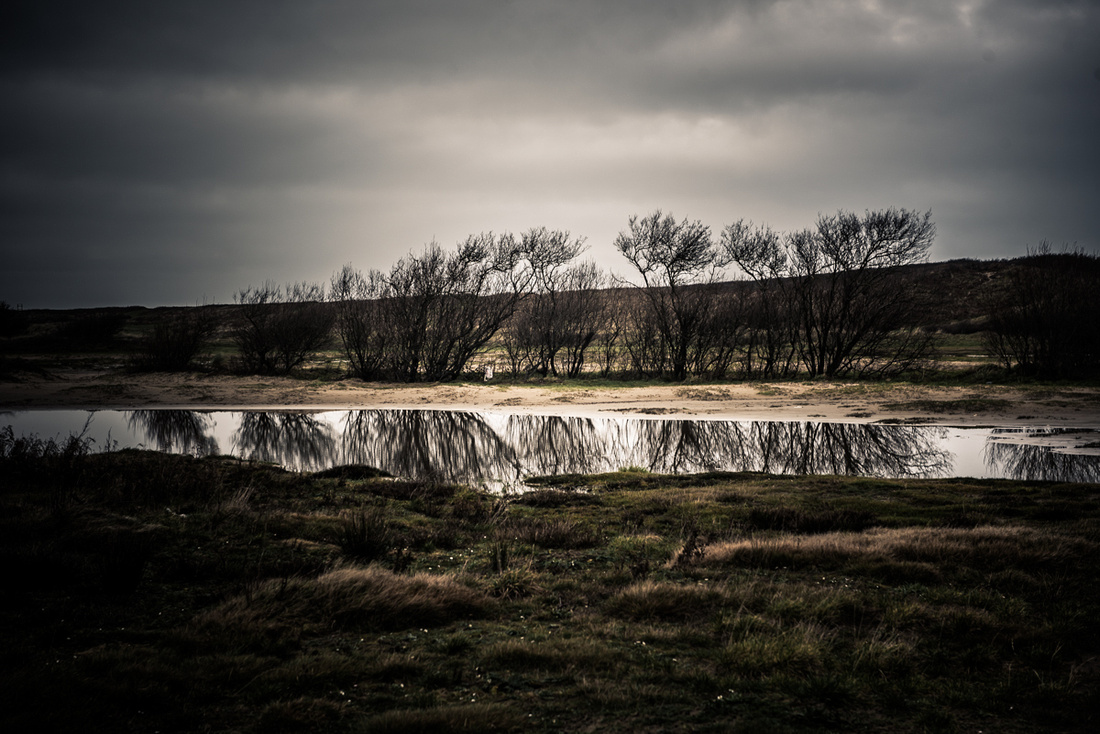 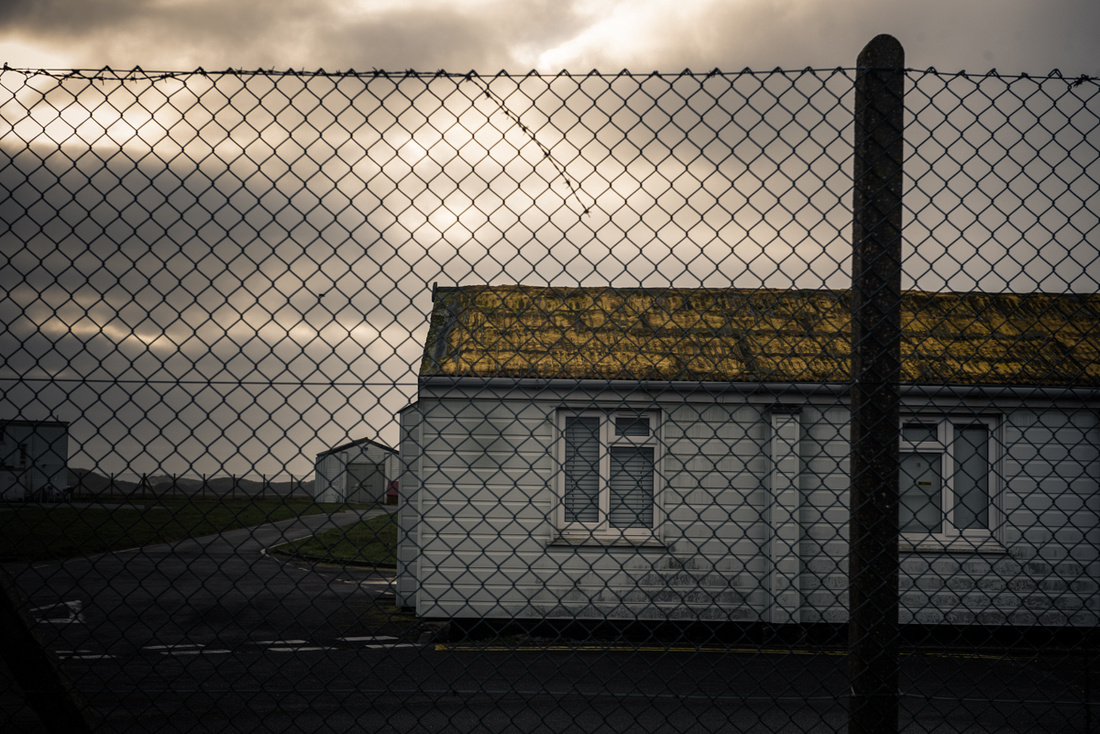 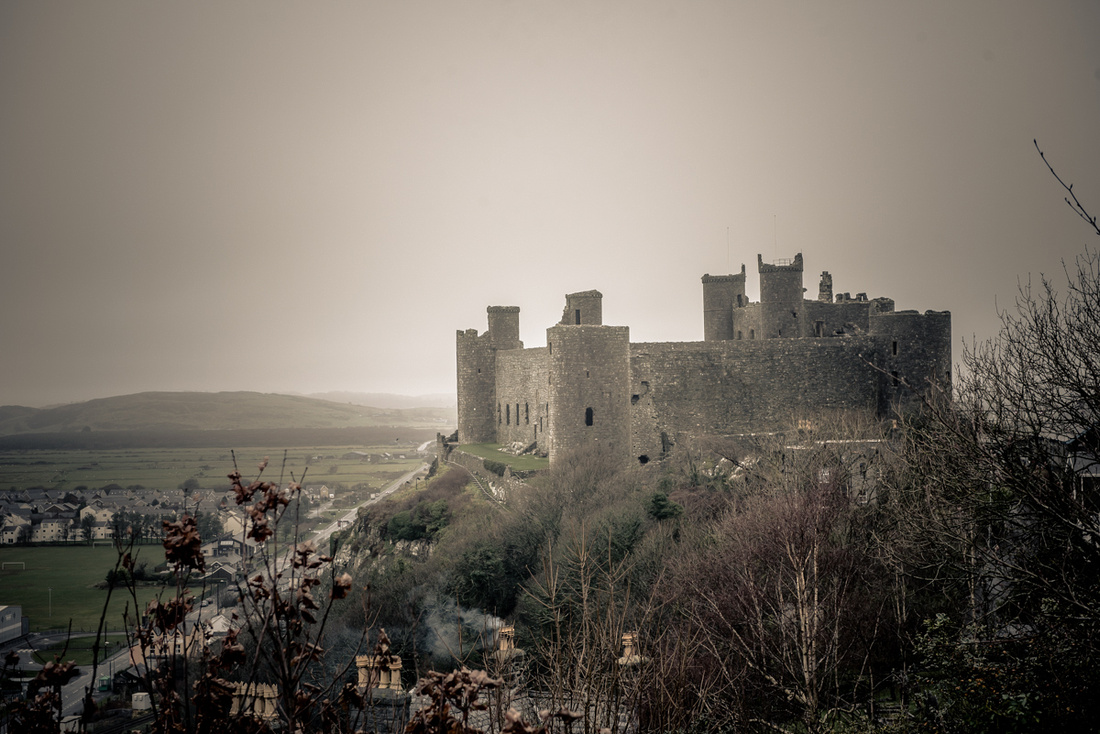 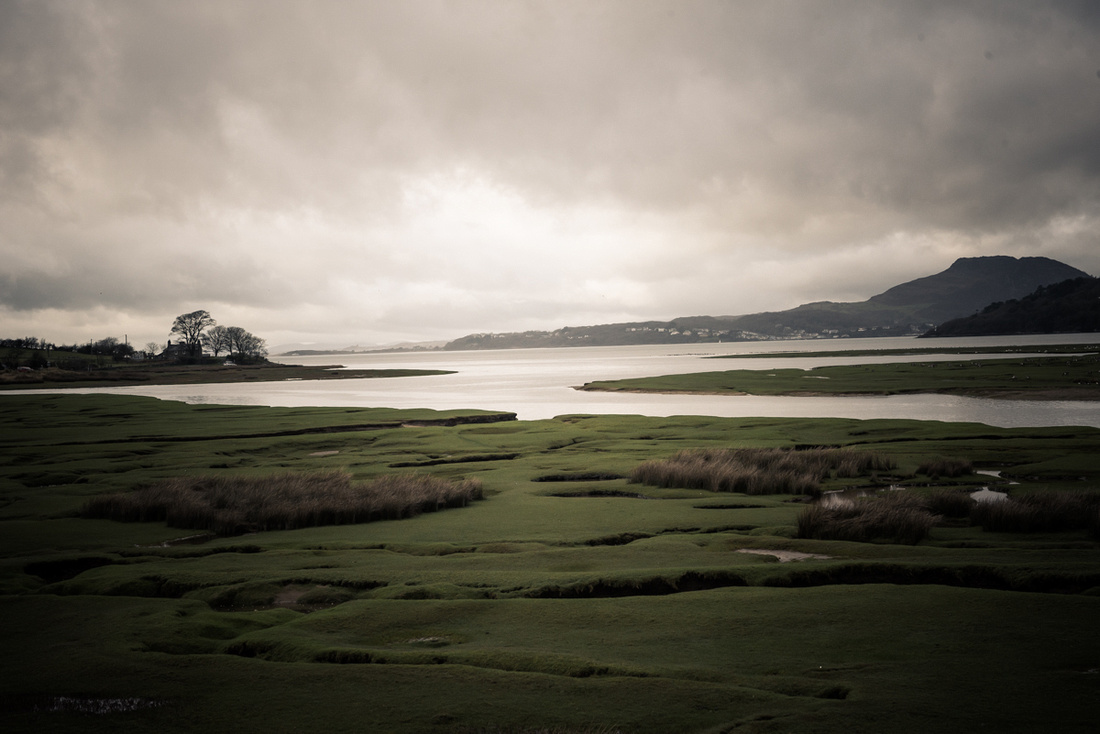 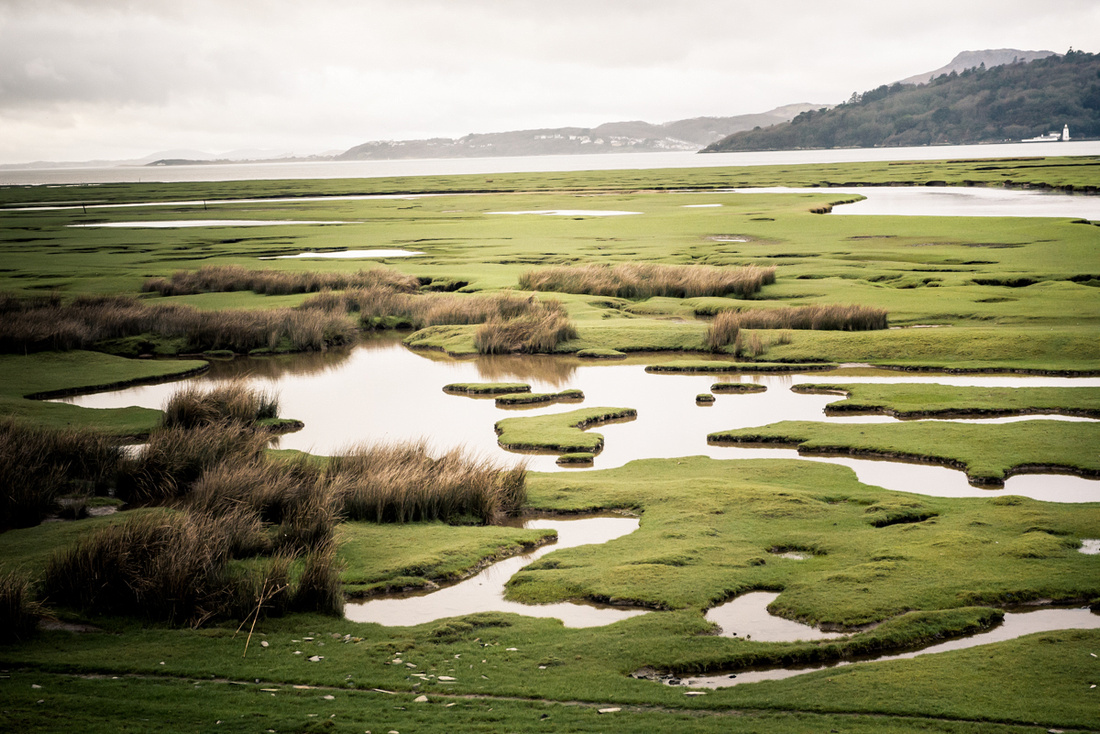 My daughter and I chatted about sorts of things but a notable topic was that of the Duke of Edinburgh awards.  There are various components to them but one involves outdoors weekends for young people.  The scheme is nationwide, designed to introduce them to both the practical side of being in the countryside but also leadership skills etc which can be used in a wider context.  She felt that the students weren’t given enough autonomy and she wanted to just take off with her friends and a map and have an adventure and have that contribute to the award grading.  I know that no bad thing would happen to them – there’s more likelihood of something not very nice occurring in our local shopping centre on a Saturday afternoon than in the middle of a national park – but we are a nation gripped by all sorts of irrational fears and risk aversion.  Calculated risks are good, certainly a whole lot better than no risk.

We were joined on our Criccieth to Pwllheli section by two of my nieces, my nephew and sister-in-law.  They live in Nefyn which was where we would be spending New Year’s Eve.  It was very touching that they turned out to walk with us, especially at that time of year when you’d probably rather be in your pants on the sofa, inhaling Quality Streets. 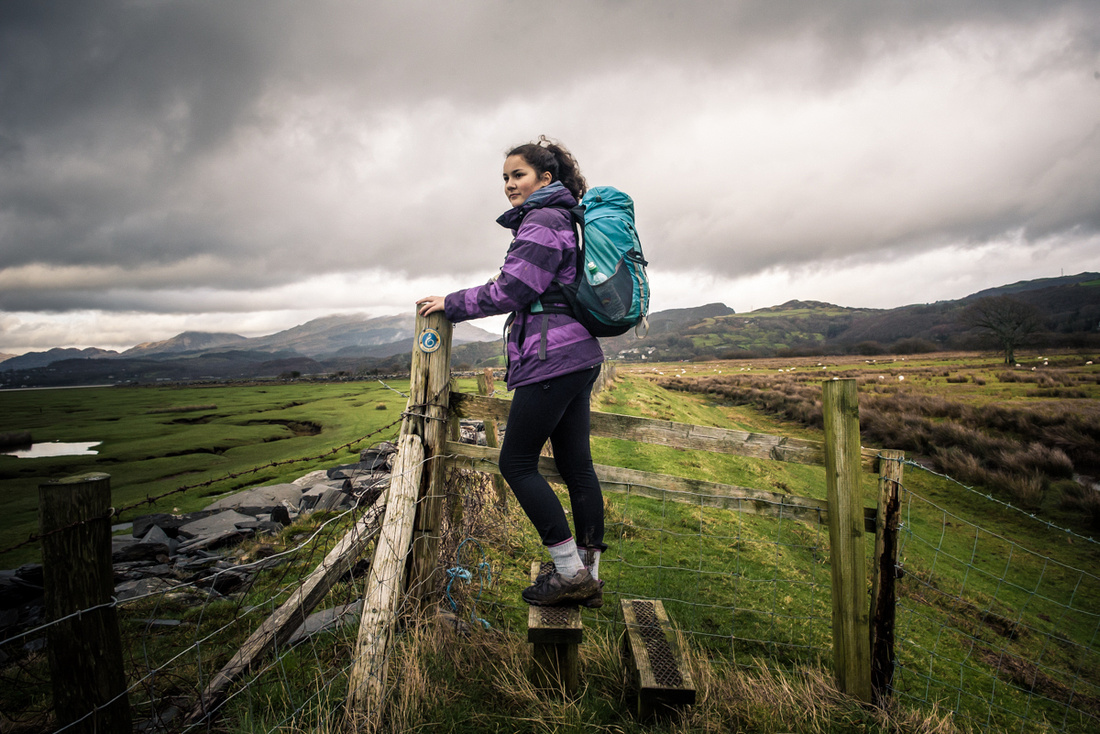 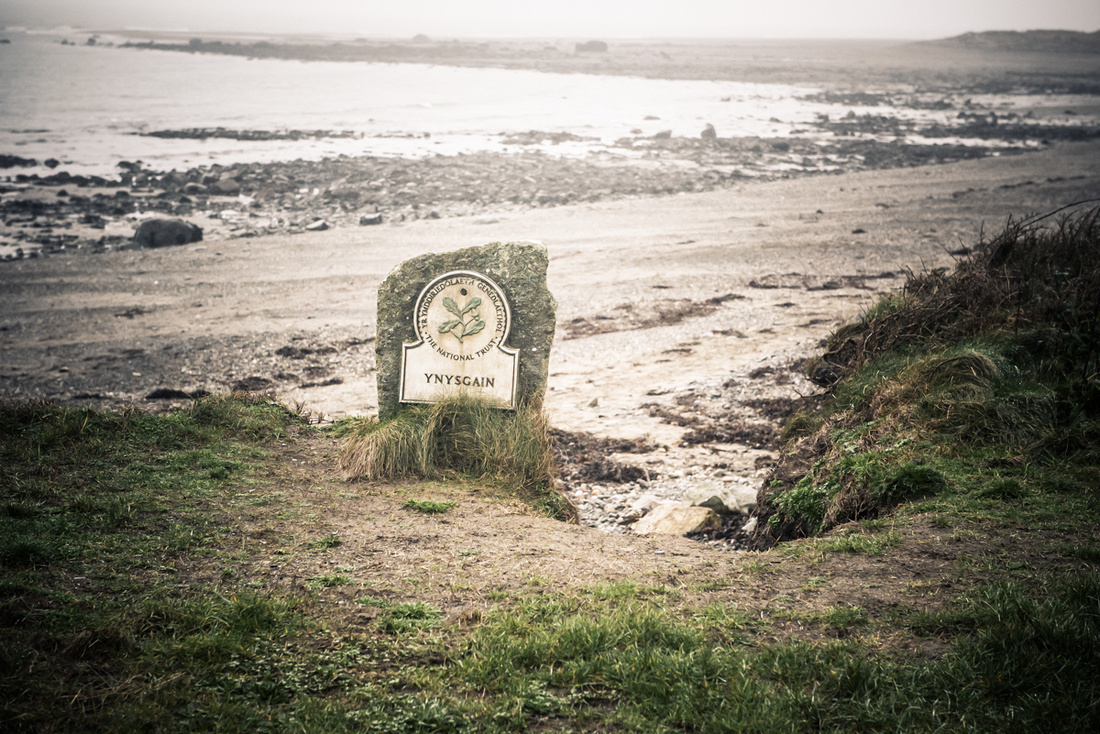 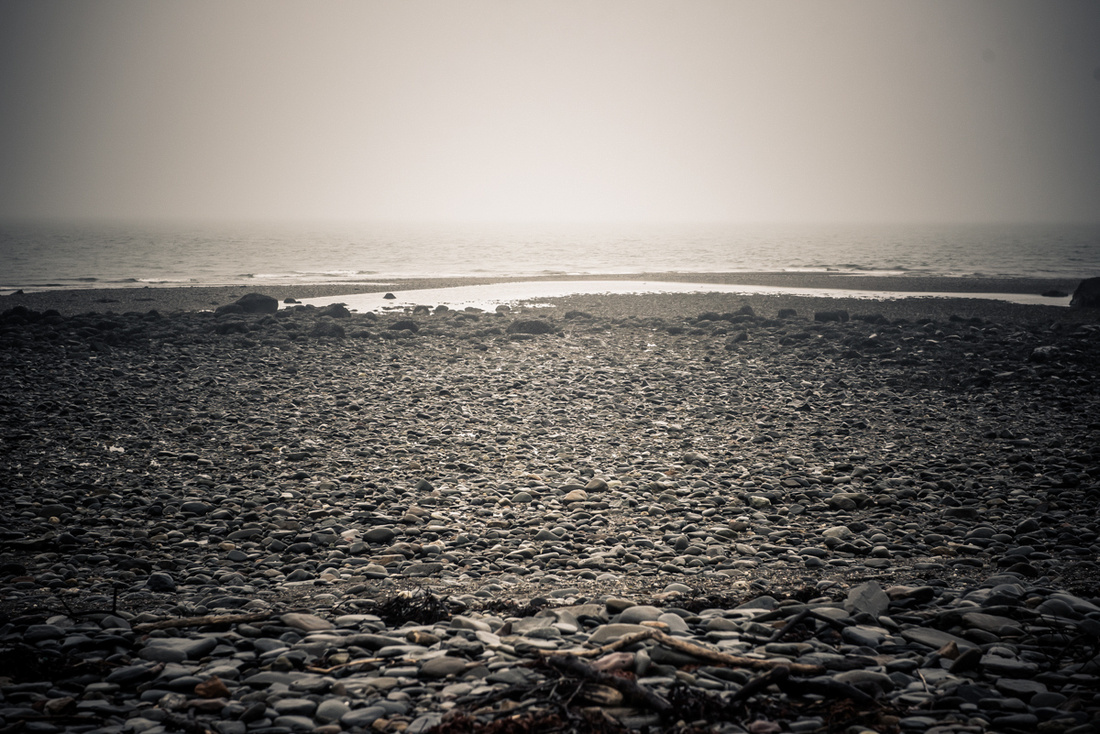 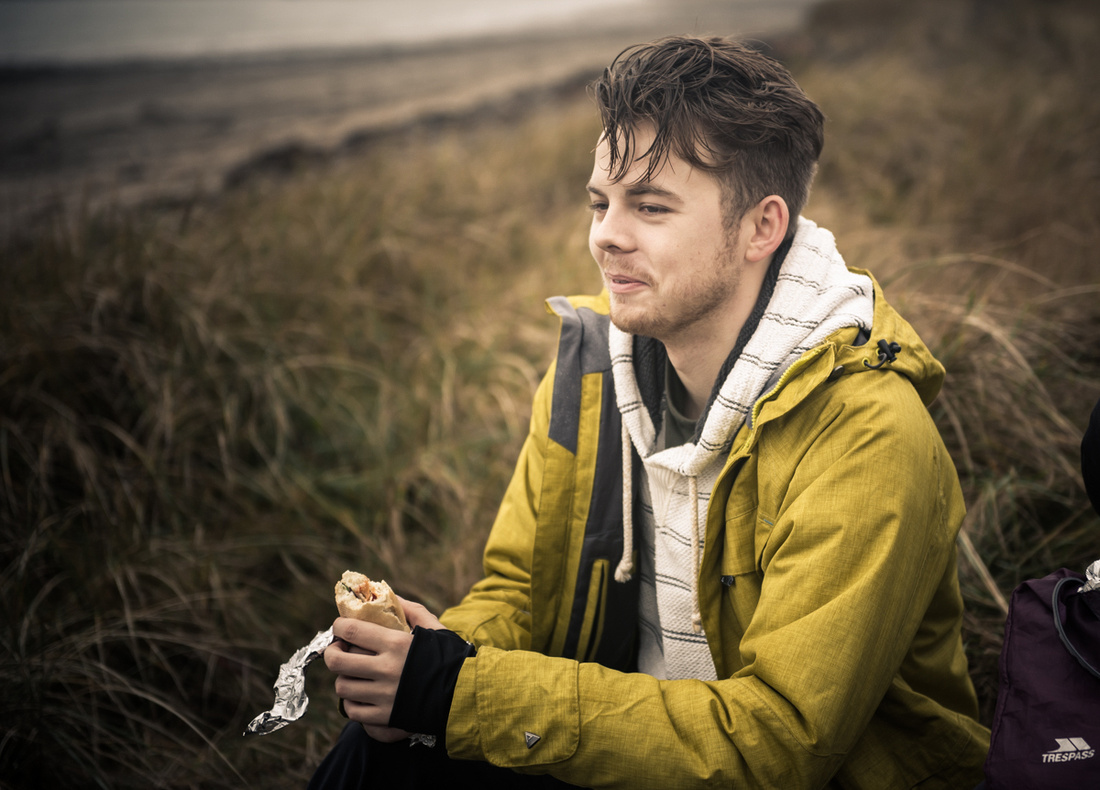 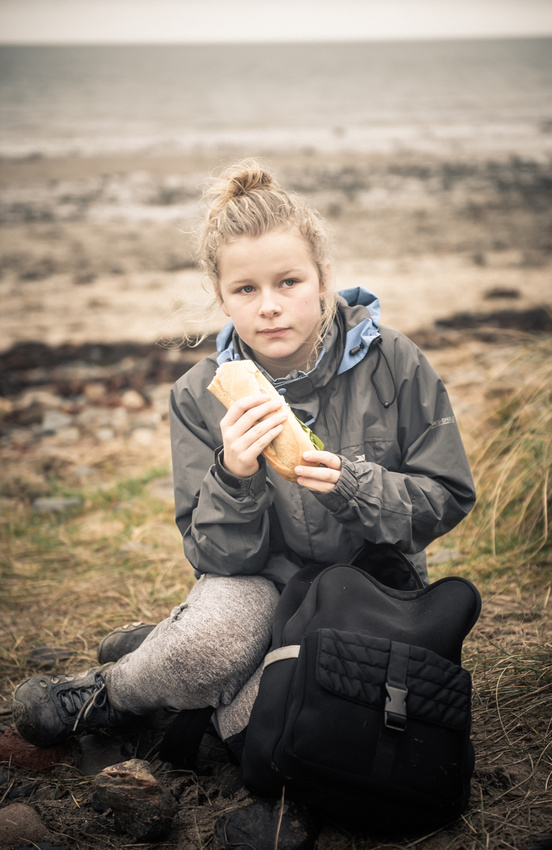 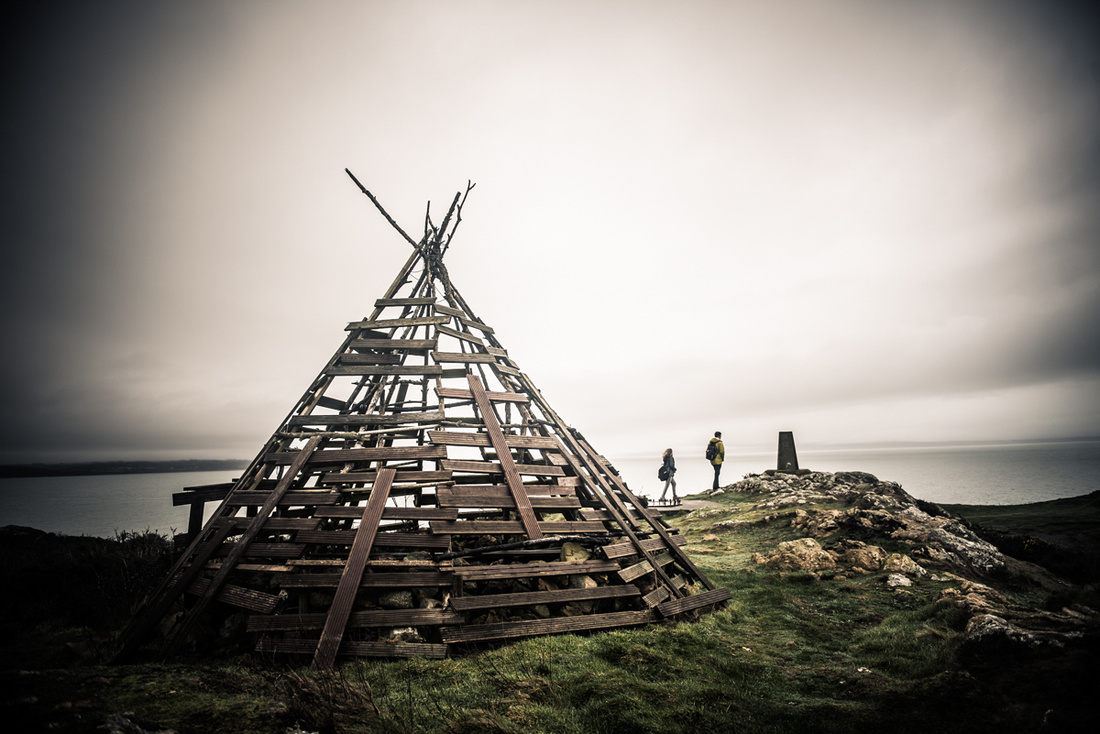 I’ve known my sister-in-law all my life as her dad and mine are best friends.  I’ve lived and worked all around the world and not really had a base so I find as I get older it’s just comforting to have those links, and my sister-in-law is a very warm and funny lady, so at the end of the day I felt all cosy on the inside …which is fitting really as she and my brother own a woodburning stove company which they run from units in Pwhlleli (a shameless plug www.chilipenguin.co.uk).  They work really hard and it’s quite something that they’ve made a success of their business, and brought up four extremely lovely children in the process.

We did see a seal, well part of a seal, washed up on the beach.  He was missing a head.  I'm hoping for a perkier one on my next section.

At the end of our first foray, my brother collected us all up from the Pwllheli sailing club car park, and deposited me at the most ridiculously sweet and blousey (and I do mean that in a nice way) B & B in the midst of the Badlands of Pwllheli.  And there to greet me was my very own big beardy Welshman, who following an altercation between his passport and a washing machine, was not the other side of the Atlantic as previously planned, but standing in a very flowery hallway,  dogs with strings around their necks howling from atop abandoned washing machines outside, ready to give me a big cwtch.