Today was a beautiful day in Sussex and I knew that this event was taking place so went along to take a couple of pics. I had to crouch amongst the cow parsley in the hedge because I wanted to get some vegetation in the foreground which did give the very unfortunate impression that I was doing a not so sneaky wee in the bushes and must have confused the poor cyclists and runners no end.

Most of the people who had passed before this point had been either cyclists or runners so it was fantastic to be able to get both together, just as they were silhouetted by the sunlight in the background.  It's amazing to think that they had all run and/ or cycled 50 miles by this point and were still so cheerful ...or maybe they were just laughing because they thought I really was doing a not so sneaky wee.....hey ho. 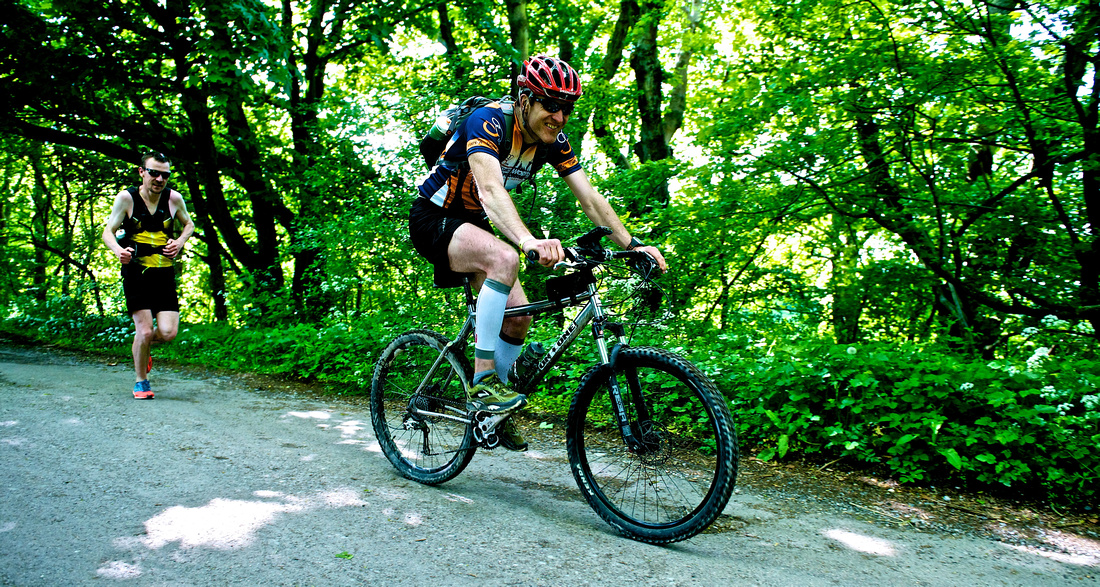